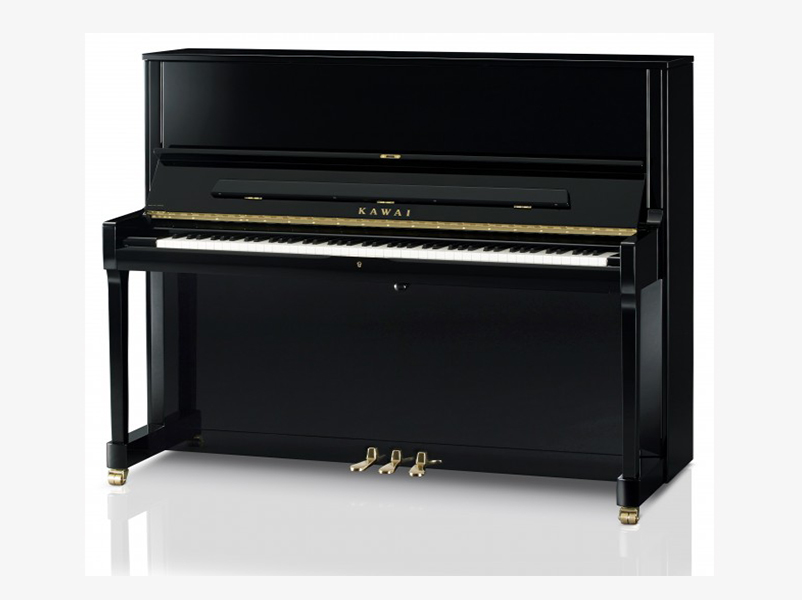 With its taller height and newly-designed scale, the K-500 offers a rare combination of power, dynamic range and tonal richness to meet the musical demands of any studio or home environment.

Millennium III Action featuring ABS Carbon Parts
Most of our Grand Pianos now feature the Millennium III Action. This Action has been well accepted, as you can see from our success in many of the International Piano Competitions throughout the world. Next, our efforts were put into developing the Millennium III action for Upright Piano. The result is a strong, precise and powerfull action for the new “K-Series” models. The Millennium III Action features components made of ABS-Carbon, a new composite material created by the infusion of carbon into our existing ABS Styran. ABS-Carbon is incredibly sturdy and rigid, which allowed Kawai to make the action parts lighter without sacrificing strength. The lighter design makes the Millennium III Action tremendously fast and effortless for the player. The repetition and responsiveness are superb. Every exacting detail of the action was exhaustively analysed to meet the stringent demands of the skilled pianist. One prime example of this effort was the addition of a microscopic surface texture on the jack at the point where it meets the hammer. The result of this subtle but important change is a dramatic increase in control during pianissimo playing.

Back to: KAWAI UPRIGHT PIANOS

Boston UP118
Scroll to top